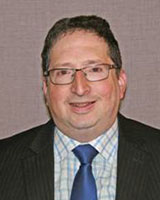 Carl S. Sandel specializes in defending municipal entities in the federal courts. His unique background and experience make him an asset to his clients as both a litigator and counselor.

Mr. Sandel started his career as a police officer in the New York City Police Department. While he was rising through the ranks in the NYPD, Mr. Sandel attended St. John’s University School of Law. As a captain who was the highest ranking member in the NYPD Legal Bureau, he supervised attorneys as well as provided legal counsel to the NYPD executive staff, which included field counsel during major city events and demonstrations. Mr. Sandel also worked with the New York City Law Department in defending the NYPD in major federal litigation.  Prior to his assignment to the Legal Bureau, Mr. Sandel worked in the Office of the Deputy Commissioner of Policy and Planning, where he was responsible for developing PD policies.

After retiring from the NYPD, Mr. Sandel worked as Senior Counsel in the Nassau County Attorney’s Office. As Senior Counsel he handled a variety of cases including claims of excessive force, false arrest, and malicious prosecution made against the County and individual police officers; as well as federal employment law claims under Title VII, the Equal Pay Act, the Age Discrimination in Employment Act, the First Amendment, and whistle blower statutes.

Mr. Sandel continued his successful federal litigation career as a partner in the New York City law firm of Morris Duffy Alonso & Faley. Lavery Law is pleased that he has joined our firm after he relocated to Central Pennsylvania. Mr. Sandel continues his successful federal litigation by defending municipalities and individual police officers throughout Pennsylvania in civil rights and employment discrimination cases brought in federal and state court.